Police officers enter the vandalized gate to Sri Lanka’s presidential palace in July. The country was hit hard by an economic crisis.

Curtis S. Chin, former US Ambassador to the Asian Development Bank, is the managing director of the consulting firm RiverPeak Group. Jose B. Collazo is an analyst focused on the Indo-Pacific region. Follow them on Twitter at @CurtisSCHin and @JoseBCollazo.

As the new year approaches, we return to our annual look at Asia’s winners and losers. Government and business leaders in every major economy — now including China — may be hoping 2023 is the year when draconian pandemic-related lockdowns become history.

In our 2021 year in review, we named Afghan women and girls the “Worst Year in Asia” in the aftermath of the chaotic US and its allies withdrawal from Afghanistan and the return of Taliban rule. The “best year” went to Asia’s Cold War warriors, as social media, “wolf warriors” and politicians helped spark a return to Cold War rhetoric amid deteriorating US-China relations.

Now, with hopes that Covid is in retreat and inflation will ease in the coming year, let’s take a final look at who did well and who did badly in 2022.

Persistence proved the winner in 2022 as the year ended when Ferdinand “Bongbong” Marcos Jr. of the Philippines and Anwar Ibrahim of Malaysia became their respective countries’ leaders. One saved a family legacy, the other transitioned from prison to power – storylines worthy of a Netflix series.

In the Philippines, Marcos – the eponymous son of his authoritarian father – won a landslide presidential election in May despite what critics see as a family legacy of corruption and impunity. More than 35 years ago, in February 1986, senior Marcos and his wife Imelda fled to exile in Hawaii, driven by a People Power Revolution and the loss of US support.

And in Malaysia in November, Anwar finally proved victorious, shedding the long-held title of prime minister on hold to become his country’s 10th prime minister. Decades of smear campaigns, jails and backroom intrigues followed as the former deputy prime minister challenged interest groups with his vows to fight corruption.

The two now face the challenge of governing and advancing their respective countries. Stay tuned for the next episode.

In a year when US-China tensions reached a fever pitch when US Speaker of the House Nancy Pelosi visited Taipei, the island’s sophisticated semiconductor industry is ending the year in good shape. Taiwan’s chipmakers are more important than ever.

Semiconductor chips are at the heart of everything from computers to cars to smartphones. Underscoring the crucial role of Taiwan’s technology industry, a The 2021 Semiconductor Industry Association (SIA)/Boston Consulting Group study found that 92% of the world’s most advanced semiconductor manufacturing capabilities are located in Taiwan. The other 8% were in South Korea.

TSMC Headquarters in Hsinchu, Taiwan. The semiconductor manufacturer’s products are at the heart of everything from automobiles to smartphones.

With numbers like these, Taiwan’s semiconductor industry ends the year in motion, still building relationships and gaining growing support from business and government in the United States and elsewhere.

As in much of the world, investors in Asia – once dazzled if not enchanted by the crypto industry – are ending the year in mixed mood. Industry collapses have left many, including in government, to wonder if the caveat message – buyers beware – is enough and new regulations loom.

FTX founder Sam Bankman-Fried is being led around by officers from the Royal Bahamas Police Force following his arrest.

Even amid food insecurity and economic woes across much of Asia, images of angry citizens storming the official residence of Sri Lankan President Gotabaya Rajapaksa and the Presidential Secretariat stand out in what has been a decidedly bad year for this one-time “pearl of the south”. Asia.”

Sri Lanka continues to face a multidimensional crisis. A broken economy, depleted foreign exchange reserves, high inflation – at a point that hit more than 70% – and shortages of electricity, fuel and food, exacerbated by the effects of the war in Ukraine, a growing brain drain and meager tourism figures characterize this South Asian nation today.

Negotiations for an agreement with the IMF remain hampered by Sri Lanka’s large debts held by China, India and Japan.

By September nearly 200,000 Sri Lankans had left the island nation, and thousands of would-be emigrants were planning to do the same in search of a brighter future elsewhere.

While China prides itself on an extraordinarily low number of (officially reported) Covid-related deaths, the nation has also become a showcase for the negative consequences of efforts to contain the virus. What should have been a good year for Chinese President Xi Jinping ended the year with a wave of Chinese discontent.

By the end of the year, anti-lockdown protests were reported in numerous cities, including at the world’s largest iPhone assembly plant in Zhengzhou, as China’s zero-Covid policy took its toll on the economy and people’s mental health.

“We want freedom, no Covid testing,” became a unified chant from some protesters, according to Reuters, as individuals “crossed the line speaking for change in a country where the space for dissent has narrowed dramatically.”

The spark that sparked the rare protests was news of the deaths of 10 people, including several children, in a fire at an apartment building in Urumqi, in China’s Xinjiang province – in an area that had been under lockdown for several months. A story on social media, which resonated across the country, focused on the role Covid controls may have played in those deaths.

Chinese citizens can rest assured that these protests may well have had an impact. The Chinese government has started easing zero-Covid restrictions. Yet the nation continues to lag behind the world in opening up and progress, and concerns about the nation’s immunization rate among the elderly linger.

Even as hope for a better year has returned, China’s beleaguered, locked-in citizens are accepting the dubious honors of Asia’s worst year, 2022. 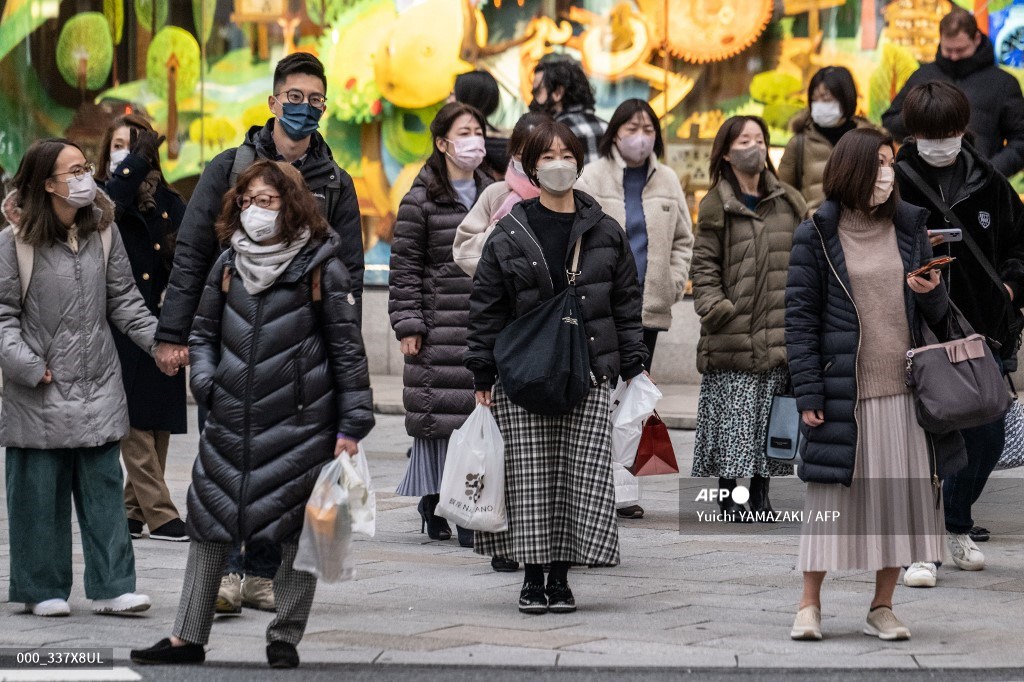